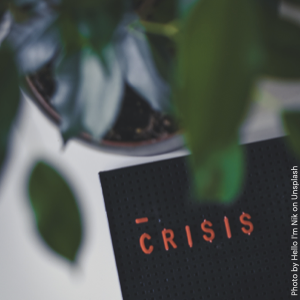 Jesus Prayed Before His Disciples Were Caught in the Heavy Storm

Sometimes we cannot avoid what is going to take place ahead of us.
Jesus felt led to go up to the hillside to pray. He did not know His disciples would get caught in a heavy storm. But the Heavenly Father did.

Night fell while Jesus was there alone. He prayed from the evening till three o’clock in the morning. Then Jesus walked on water to His disciples’ boat and got into it. The raging wind ceased, and the disciples were saved.
Do not wait for the storms in life; then pray. Be involved in church prayer all the time.

There are many issues in life that you need the church to pray for you. Then at the opportune time, you can make the right decision.

Prayer Helps You Flee Before Winter

Jesus told His disciples to pray that they may flee before winter. Winter is cold, and when there is heavy snow, it can hamper your movement or travel.

Jesus prayed that their flight would not be in winter, which means to flee before it becomes too difficult.

Why do we need to pray that we may flee before winter? If you know winter is coming, you will flee before that happens. But, unfortunately, many people never did flee before the winter because they began to reason and were concerned with many other issues. So they decided to flee at the wrong time.

What Jesus Could and Could Not Pray

Notice Jesus could not pray for Peter not to deny Him. There are things in life that are beyond our control. Sometimes when people make the wrong decisions, they get into a crisis. For others, their lack of diligence in their work and walk with God caused them to walk into a crisis. Being lazy and adopting a lacklustre attitude, they are just not diligent in whatever they do. These people are prime targets for retrenchment. If someone is good and diligent, they will add value to the company. Likewise, if you are diligent in prayer, you will escape calamity (an event that causes sudden damage and distress).

Jesus could not pray for Peter not to deny Him. But He could pray that Peter would repent or turn around. Jesus prayed that Peter’s faith in Him would not fail or abandon. Peter did indeed turn back to Jesus and became of good help to the church by strengthening his brothers in Christ.