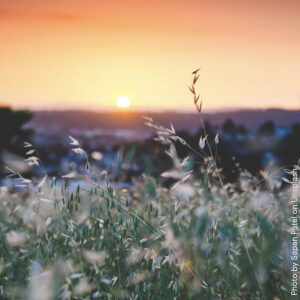 One day Satan came before God because God allowed him to; of course, Satan did not go up to heaven to meet God.

Satan said that God blessed Job and made him rich, and God built a wall of protection around Job and all he had.

It was not God suggesting to Satan to consider destroying all Job had. God sees and knows all things. He knew that Satan had set his mind and will to destroy Job.

Job had always feared that he would lose his children, wealth and his servants, and health. That opened the door and gave Satan a foothold in his life.

The only thing God could do was protect Job’s life. So God’s intention to allow Satan to speak to Him was to forbid Satan from destroying Job’s life.

Due to Job’s fear of losing everything, God could not protect what he had. As a result, he lost all his ten children and servants except those who came to report to him, all his livestock and his health. However, Job did not lose his life because God forbid Satan from destroying it.

God wanted to stop all three destructions from coming upon them. However, God could not completely remove all of them. As in Job’s case, God could only protect his life and not even his children’s lives.

When David pleaded to let him fall into the hands of God, he would come into the throne of grace, to receive mercy, and receive grace to help because God is the same in the O.T. and the N.T.

God gave David an option to choose which of the three destructions he would accept for Israel since he was their king. God wanted to stop the destructions from coming upon Israel because He is the God of redemption and needed someone to intercede for Israel.

All three destructions were the works of Satan, and he would not let David choose. Instead, Satan would bring all three upon Israel and David because he has no mercy on anyone.

However, the angel of the Lord with his sword stopped the death angel from carrying out further destruction. God’s mercy stopped the three years of famine and the three months of the war. However, God could not immediately stop the three days of plague until David offered sacrifices on the altar to atone for their sin. The plague completely stopped.

God’s doing was to prevent complete destruction and redeem David and Israel.

From the comparison between Job and David, they had something in common that caused God to protect their lives.

Both of them were not idol worshippers. They did not have other gods.