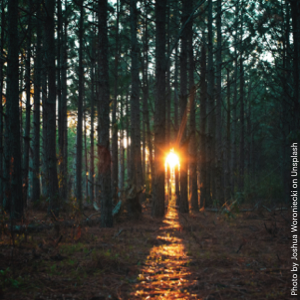 Guidance and direction from an angel will not violate the Word of God.

An angel appeared to Mary and told her something impossible to believe and accept. God sent Archangel Gabriel to deliver the message. It guided Mary to accept and directed her to continue with the pregnancy.

Joseph also received a message from an angel. He was a man of strong faith, not afraid of being ridiculed. He accepted the angel’s message in a dream and therefore believed it. As a result, Joseph named the child Jesus.

The angel gave Joseph guidance and direction for something impossible. No one would have heard of any conception by the Holy Ghost.

Usually, the Lord will send an angel to us in challenging situations.

However, primarily, we are to follow the leading of the Holy Spirit for guidance. As the Lord wills, He may send an angel to guide us.

If we ever sense an angel around us, bring our thoughts back to look on the inside of us where the Holy Spirit dwells. Do not be afraid, but yield to the Holy Spirit. As the Lord wills, the gift of discerning spirits will operate, and we will see the angel. Do not fabricate seeing an angel with imagination.

When Jesus was about thirty years of age, John the Baptist baptised Jesus, and the Holy Spirit came upon Him to anoint Him for ministry. Then the Holy Spirit led Jesus into the wilderness, and Satan tempted Him after His forty-day fast (the Holy Spirit did not lead Jesus to be tempted – Luke 4:1-2).

Jesus commanded Satan to depart, leave, and go away. It was during Satan’s third attempt that Jesus used His authority and the power of the Holy Spirit to command Satan to leave, and he left.

Then the angels came to serve and care for Jesus. So why couldn’t the angels come to Jesus as Satan was tempting Jesus? The angels simply could not. Only when Jesus commanded Satan to leave could the angels come to perform their duties. Notice that more than one angel came to minister to Him.

When Jesus was on earth, He had authority over Satan and his demonic powers. Now, Jesus is seated at the right hand of the Heavenly Father, and He has handed His authority to us.