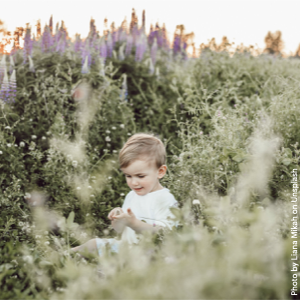 The Greek word translated dispensation is “oikonomia”, and it has two root words, “oikos” which means house, and “noms” which means law.

The word dispensation means the law that governs the house or household.

Another Greek word is “aion”, which means age or time because each dispensation has its beginning and end.

In each dispensation, God has a method of tending to or managing the affairs of a group or some groups of people.

Humankind needs a redeemer, and we can understand how humankind is redeemed in each dispensation. We need to know how God redeems in our dispensation.

Every dispensation has a covenant of God and a redeemer from God.

The dispensation of Innocence is from Gen 1:26 to Gen 3:24, when Adam and Eve were created, moved out of the Garden of Eden, and prevented from returning.

This dispensation began with the creation of mankind and ended when they sinned against God. The first dispensation probably lasted for 30 years. How did we derive this figure? Adam was the first Adam, and we relate him to the last Adam, Jesus.

Adam lived till 930 years old and lived for 900 years under judgment. God had judged the matter and lifted His grace from Adam because he sinned, and from then on, the entire human race and the earth were under the curse of Satan.

In Hebrew, the number “9” represents judgement.

The Old Testament has 929 chapters, and the 930th chapter is chapter one of Matthew, which recorded the birth of Jesus.

When Adam died at 930 years old, the 930th chapter of the Bible recorded the birth of Jesus, the Redeemer of mankind. This correlation gives us an indication of when Adam sinned against God.

The first dispensation reveals the evidence of Jesus’ redemption in future dispensations.

Each dispensation reveals how God governs and dispenses His rule for mankind. God governs today differently from the day of Moses.

Each dispensation reveals the primary person, and each person is given a special revelation of God.

God did not reveal everything about Him at once but instead gave us His revelation and Word over 1600 years.

God has His plan, purpose, and pursuit for each dispensation, and there are judgements in violating His plans and purposes.

God made this covenant with man, and there was nothing for man to do to enter into this covenant with God. God created man and gave him the power and authority to take dominion over the sky, the earth, and the sea – to reign as king. Everything must obey Adam’s commands. It was God’s plan for Adam and Eve.

Every dispensation reveals that mankind needs a redeemer. Therefore, we need to understand how we are redeemed in our dispensation.

Adam and Eve were created with a will of their own, they had the power to make their own decisions, and God did not intervene with them. It is God’s judgment, and there are consequences to His judgement. God judged that they sinned. God lifted His grace from the first heaven and earth and mankind. However, God would not judge to destroy.

When mankind failed, they tried to cover themselves with their means. But mankind cannot redeem itself. Mankind needs a Saviour or Redeemer.

A lamb was slain, and its skin was used to cover Adam and Eve. It is a type of Jesus who was to be the lamb that would be slain for the world’s sin.

There was always a type of redeemer in the different dispensations before Jesus came to earth.