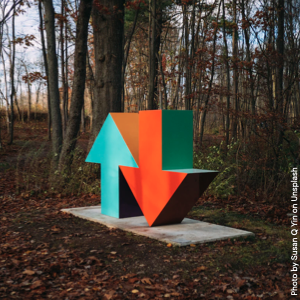 Adam brought mankind under the curse of Satan because He ate from the forbidden tree. But Jesus brought them under blessing because He is the tree of life.

When we partake of Holy Communion, we are partaking in the power of God because it is a type of the tree of life. There is health and healing in Holy Communion.

After Adam and Eve sinned and had knowledge of good and evil, they lived by their conscience.

When they did evil, their conscience would condemn them, and if they did good, they would have peace and a good conscience.

Before the law of Moses, the people lived by their conscience. Today people who do not know the law of Moses and are not born again to be guided by the Holy Spirit still live by this.

Jesus is the offspring of a woman, Mary, because He was not conceived by his natural father but by the Holy Ghost.

Scriptures prophesied about Satan persecuting the believers of Jesus, the offspring of Jesus’ mother. Jesus will strike the head of Satan; that means Jesus would take back His authority and dominion over the earth when He died and rose again. And because we are in Christ, we have Jesus’ authority over Satan in Jesus’ name.

God sacrificed a lamb for Adam and Eve’s covering for their sin. It was a type of Jesus, our redeemer who would pay the price for our sins.

In the dispensation of Conscience, a man was to bring a sacrifice of the lamb to atone for their sin because they lived knowing good and evil. They would sin by man’s effort and living according to their conscience. So they had to bring a lamb to sacrifice to the Lord to cover their sin.

Abel brought sheep for an atoning sacrifice to the Lord, and it was a type of Jesus, the sacrificial lamb.

When they brought the sacrificial lamb in the old days, their sins were atoned until Jesus descended into Abraham’s bosom to reveal Himself as the real sacrificial lamb.

The redemption of mankind was a covenant God made with Adam and Eve. Here, the covenant is rising or would be established again when Noah built the Ark to save mankind from total destruction.

Notice that Noah built an altar to the Lord when he came out of the Ark.